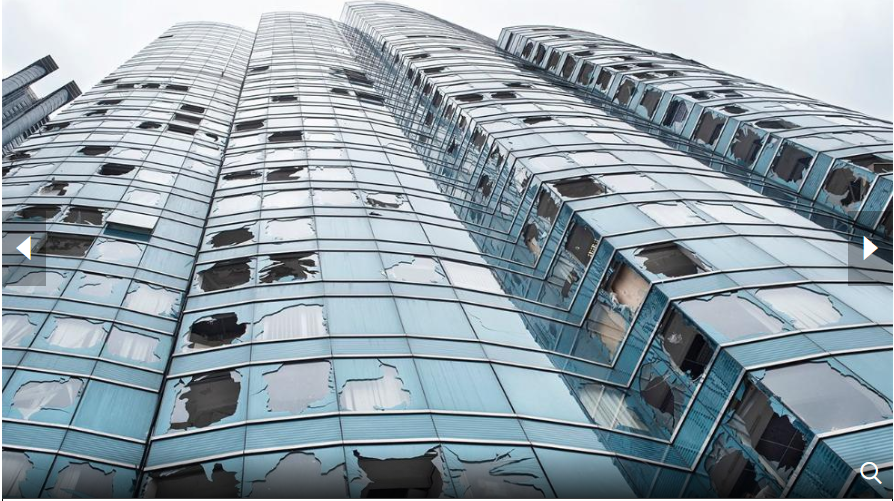 It is quite likely that climate change is having an impact on the frequency and intensity of hurricanes and typhoons. In the last couple of weeks, the world has seen two major storms: Hurricane Florence, which hit the east coast of the US and Typhoon Mangkhut that has devastated the Philippines and parts of China.

It is possible that a changing climate can be slowing down storms by affecting (blocking) areas of high pressure in the atmosphere. It also results in more water vapour being created over warming seas. This vapour, therefore, has more time to rise up and becoming part of the storm and then falling as more intense rainfall. Rising sea levels have meant an increase in storm surges. Both intense rains and storm surges were observed during Hurricane Florence.

Typhoon Mangkhut was the strongest so far in the Philippines, which gets hit by about 20 typhoons and storms a  year. It had sustained winds of 209 km/h and brought flooding rains and mudslides, resulting in destruction and loss of lives. Again, there is a high possibility that a warmer atmosphere holding more moisture made its impacts more intense.

And the latest is Storm Ali, hitting the UK on September 19, 2018, with expected 80 mph winds. It arrives after Storm Helene hit Wales on Tuesday. Weather warnings are in place and there is already news of trees being brought down and a caravan blown away. Storm Ali is also supposed to bring widespread and persistent rain on Thursday across much of Scotland, Ireland and Northwest England.

Intense hurricanes and typhoons have already made their presence felt in the past several years. And new research indicates that a warming climate will further intensify storms bringing excessive rainfall and storm surges. A model developed at the National Oceanic and Atmospheric Administration’s Geophysical Fluid Dynamics Laboratory generated findings that lend credence to this hypothesis. Projections show that “for the period 2016 – 2035 there were more hurricanes in general and 11% more hurricanes of the Category 3, 4 and 5 classes; by the end of the century, there were 20 percent more of the worst storms“.

Furthermore, the research indicates that storms of super extreme intensity, (with maximum sustained winds above 190 mph), are also more common. In a simulation of the 20th century, only 9 such storms were found, however, 32 were found for the period 2016-2035 and 72 for the period from 2081-2100.

At the moment there is no category 6 on the Saffir-Simpson hurricane scale. Category 5 begins at 157 mph. As a result, some researchers have suggested the possibility of a category 6.

Not everyone agrees but it is definitely something to think about.